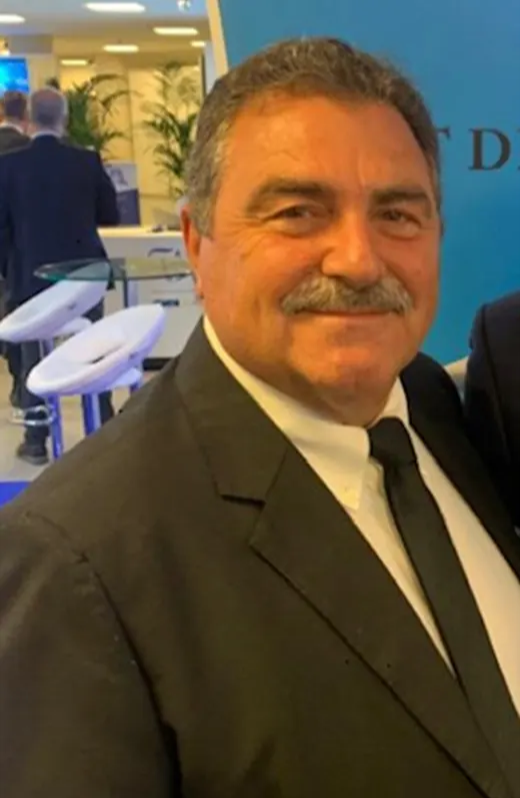 With over 20,000 hours of flying time, Captain Michel Treskin has a remarkable, if not “Amazing” history in aviation. In fact, his skills as a pilot earned him the nickname “The Amazing.” His flying suits, and official parade uniform, were all embroidered with the moniker. Often, this caused Colonels and Generals to pause during inspections and ask, “how is Amazing today?”

The Ottawa native began flying at 10 years old with his father. Due to the style of plane, he had to wear a parachute, which he states was basically his size. “If I would have had to jump, I would have slipped through it.”

The glider was fully aerobatic and Treskin recalls doing a great deal of aerobatic maneuvers and “loving” every second of it. He was simply at home in the sky.

Although he began soaring through the clouds at 10 it wasn’t until he turned 13 that he began official training. However, despite completing the training, youth weren’t permitted to legally fly solo until the age of 16.

At 20 years old, Treskin studied Geophysics at the University of Montreal from 1974 to 1976 before training, and serving, in the military from 1977 to 1989. It was natural progression for him to proceed to the military as he had an interest in flying cargo planes, jets and helicopters.

It also offered him the chance to travel the world. During his time in the military, he served in many cities across Canada as both a pilot and instructor, including Moosejaw, Gagetown, Toronto, and Portage La Prairie.

Being an instructor sometimes comes with its funnier moments. Treskin was the first instructor train one of the first female pilots in the Canadian military. He recalls one time while teaching her how to fly upside down as part of the aerobatic training phase, the negative G dislodged a tampon from her pocket. The feminine hygiene product hung in the air for both of them to watch. When they finally rolled over, they attempted to catch it. 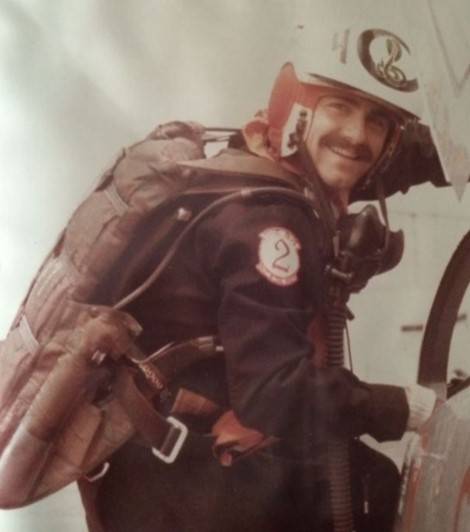 After his service in the military, he travelled to Riyadh, Saudi Arabia (1989-96) where he had several duties. Treskin was a qualified flying instructor, flight safety officer, instructor and instrument check pilot and chief test pilot.

This also happened to be during the time that Desert Storm (1992) occurred. For anyone who doesn’t know, Desert Storm (or Gulf War) was the incident that happened after Iraqi forces invaded Kuwait as a means of cancelling their debt to the country and obtaining their oil reserves. Saddam Hussein refused to leave, even after the United Nations Security Council ordered him to a mere day after the invasion.

US Military troops were rushed into Saudi Arabia, the world’s largest exporter of oil, as a safety measure in case an attack occurred.

Canadian Pilots who were in Saudi Arabia at the time received a specially designed Desert Storm decoration. While Treskin never flew with the military during that time, as expatriates weren’t permitted, he was still working there as a maintenance test pilot, instructor and examiner for the jet PC9 (Pilatus) for the Royal Saudi Air Force. 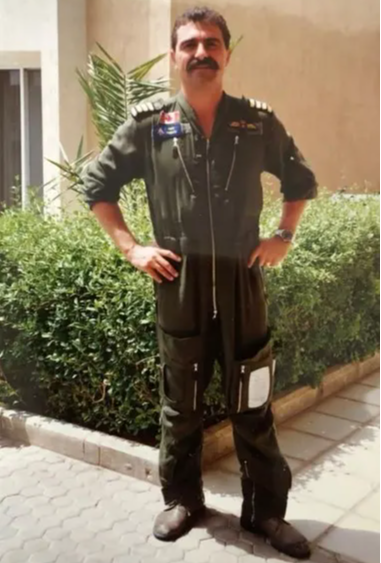 “I was there with a couple of Canadians who were recruited from the Canadian Air Force by a British company (British Aerospace) to train the Saudi military,” Treskin says. “Two weeks before the first cruise missile was fired, we were asked to temporally repatriate to Canada until the war was over. We were recalled, and the ground operation was still going on. I remember flying around and the horizon was black from the oil fires.”

There had been a great deal of constant activity and “buzzing” in the city and missile batteries were everywhere. While Treskin was still flying during this period, not for military purposes, everything was being controlled by radar and military were “all around.”

At that time, the average life expectancy of a Saudi pilot was only two years — during times of peace. When it came to a period of conflict it was shortened to a mere two weeks.

The brief war in that area of the world was only one obstacle to face as Treskin and his colleagues would be held accountable should one of his trainees die on their first solo flight.

“Saudi culture and up bringing are rich yet very different from how we, in the Western Hemisphere, are brought up,” he says. “Having had the chance to work with people from other cultures and backgrounds allows you to observe all those differences and adjust to them”.

Only having 13 lessons, each a mere hour, with their students before that solo flight occurred made training that much more difficult. Especially as it was already tough to train them. Treskin describes how challenging it was for him when it came to get them to engage in the class and be interested in preparing for lessons.

It was difficult to join the ranks of a military pilot. However, quite often those who desired to become pilots were royalty, which made training them that much more stressful to instructors.

This isn’t the only place he’s been outside of Canada. His favourite area of the world has been Asia and Africa. Not only for the culture and people but for the food as well. Though he says, “all exotic places are fascinating.”

In Dubai he received an award from Emirates for his work. He screened over 2,000 applications and simulator assessments for a Boeing 737 New Generation Aircraft in only two weeks. He ended up selecting 300 pilots to work for the company Fly Dubai. He says it was a difficult job but highly fulfilling.

Being a bird in the sky is completely natural to Treskin, so it’s no wonder that in his 45-year career the sky’s bright red colours are still “stunning.” Though, he says, the sight of the sky at night, especially during thunderstorms, provides spectacular lightshows.

COVID has put a crimp in everyone’s plans, including Treskin’s. Though, he is keeping busy as a co-host to a podcast called Pilot Talk and has recently completed a book titled The Complete Pilot Selection Handbook. He’s already begun writing his second book, How to Select the Best Pilots for Commercial Airlines. 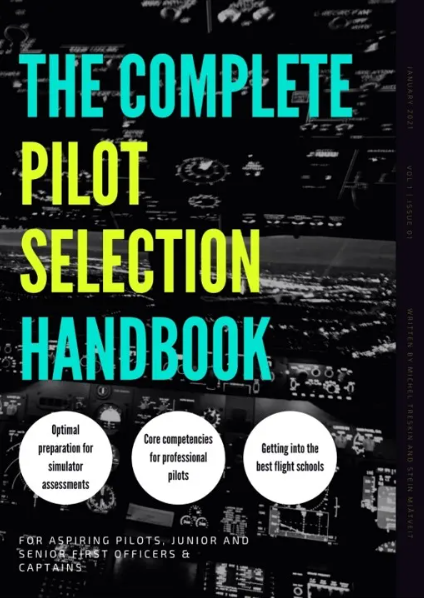 The Complete Pilot Selection Handbook is a valuable reference book for all pilots. This book is designed for anyone who is considering becoming a pilot, cadets and even those who are already Captains. Every pilot must go through a selection process before they can join an airline, or even a flight Academy.

Why? Because not everyone will fit the bill, so to speak. When a company is preparing to spend thousands of dollars in training, they want to ensure candidates will be successful. Reputable flight academies have a rigorous selection process that filters out those who might fail. Who else must endure this process? The Cabin Crew. While the door is open to everyone, not all will walk through it.

This book provides readers with details surrounding all phases of the pilot selection. Some of the included topics are the initial interview, psychometrics, group exercises, simulator, core competencies required, and the final interview.

Captain Michel Treskin, co-author and pilot, has interviewed over 15,000 pilots to discover that only 30-40% completely passed the selection. This book will provide anyone interested in becoming a pilot the fighting chance for success.

From the Flight Deck 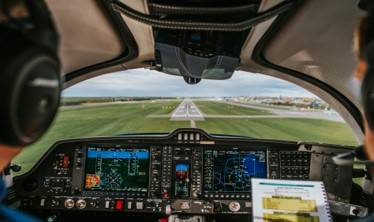 Curious about aviation? Find articles on the world of flight and the latest tech. 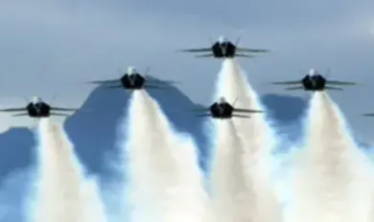 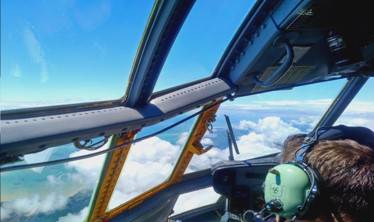 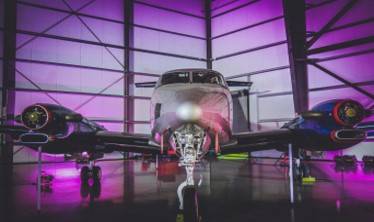 Looking to get airborne? Discover your next adventure with your own aircraft. 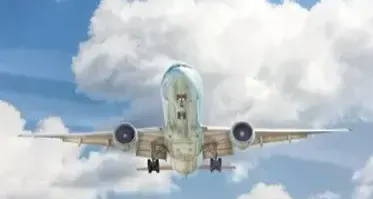 Here’s your chance to get back in the clouds. Take a peak at openings in the industry. 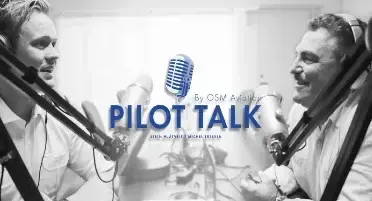 A podcast on aviation with hosts, Stein Mjåtveit and Michel Treskin