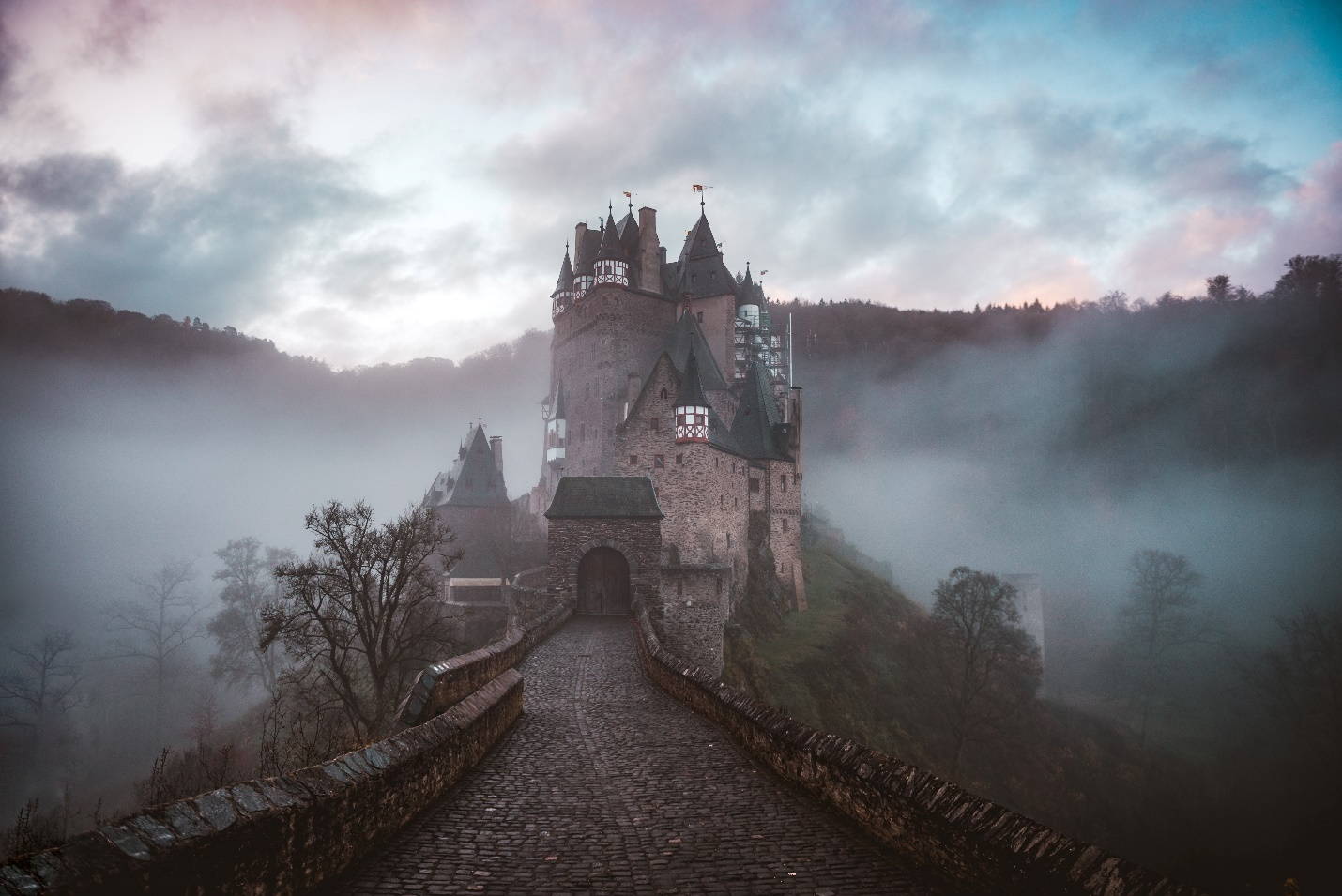 The word Halloween actually stems from the phrase all hallows eve, which is actually the night before Samhain — an ancient Celtic festival where the tradition of Halloween stems from. People would light up big bonfires and dress in costumes, activities still common today.

If you’re seeking a last-minute reprieve from your daily life and want to explore the mysteries of the world, then check out some of the best places to celebrate Halloween.

It is pronounced ‘sow-in’ or ‘SAH-win’ and approximately 2,000 years ago the Celts would celebrate their new year on the first of November. They lived in what is now Ireland, the northern region of France, Scotland, and the United Kingdom. It signaled the end of the harvest and summer weather and the start of a cold, dark period that was often associated with death.

They believed the walls between the living and deceased were blurred during this time. Samhain was when they believed ghosts began walking earth. It was also believed those with magical or spiritual abilities, such as Celtic priests or Druids, could more easily see the future.

This is where it gets interesting because they would extinguish the hearths of their homes in exchange for the giant bonfires. The flames would start up and the Celts would try to predict each other fortunes, burn crops, conduct animal sacrifices to their deities and dress in costumes. The costumes were supposed to stop the fairies from kidnapping them. 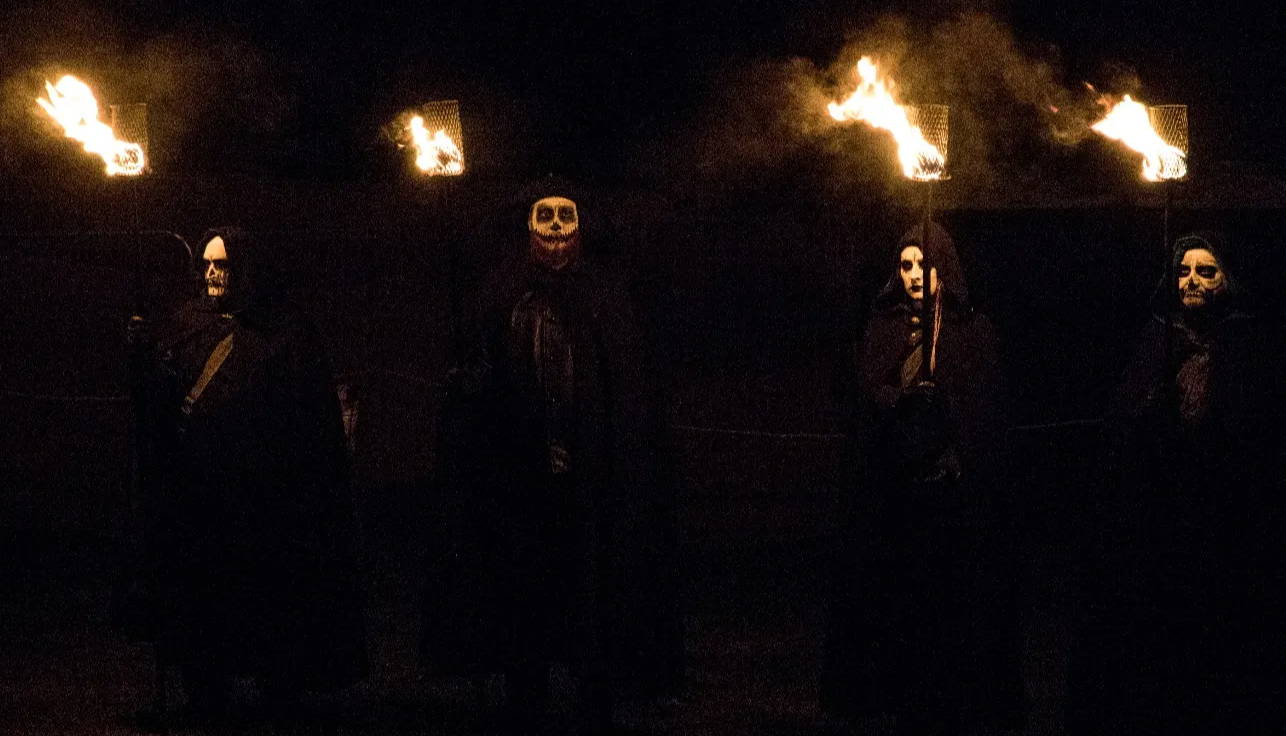 The traditional celebrations were believed to also rise the mischief of the magical beings, like fairies or Sidh. So, the Celts further protected themselves by leaving gifts for the creatures outside the fields and village.

When the Romans conquered much of the territory, two of their festivals blended with Samhain over about four centuries. Feralia, the passing of the dead, was usually celebrated in late October while the second was to honour the Roman goddess of fruits and trees, Pomona.

Over time, around six centuries, the Catholic church dedicated May 13 as a day to honour martyrs, but was later changed to include all saints and shifted to November 1. As Christianity began taking hold of the Celtic lands, all the traditions melded together in what is believed the church’s attempt to take a pagan ritual and turn it into a Christian one.

All Saint’s Day became All-Hallows and the day before became All-Hallows Eve, which has now become Halloween! Though it didn’t truly enter Colonial America until the surge of Irish and Scottish immigrants (in the very late 1800s), who were mostly fleeing the potato famine. 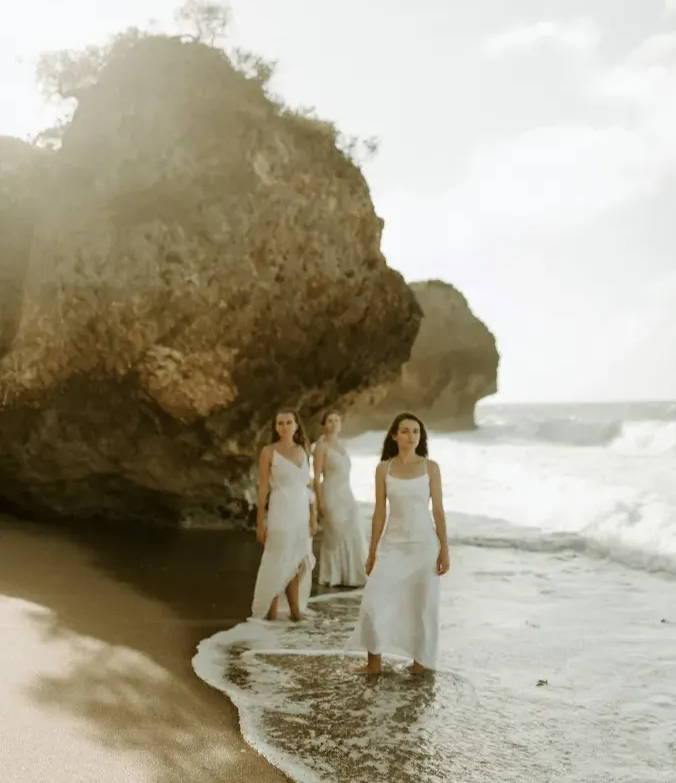 What began as a horrifying incident, the Salem Witch Trials, has now created a destination for anyone seeking ghoulish hauntings.

The Salem Witch Trials officially began in February of 1692 after a doctor diagnosed two female children (9 and 11) as bewitched after having seizures, screaming fits, etc. Eventually, other girls began having the same symptoms, which lead to a Caribbean slave, Tituba; a homeless woman, Sarah Good; and, a poor, elderly woman, Sarah Osborn, to be accused of bewitching the girls.

The trials lasted until May of 1693. During this period, 150-200 people (women, men and children) would be accused and/or tried of witchcraft. In the hysteria, 19 people would be hung, seven more died in jail, and one older man was crushed to death by stones.

While the guilty verdicts were later annulled by the courts, there was a lingering anger in the community. Even centuries later, the Salem Witch Trials are talking and focal points for historians, authors, and filmmakers alike.

The entire month of October now features events grouped into the Salem Haunted Happenings. They run events like Halloween Balls, Horror Fests (movies), Walking Ghost Tours, a Ghosts and Legends Trolley, Halloween on the Hill, seances, and more. Be sure to visit The Witch House, former home of one of the judges in the trials for more tours.

Go to the roots of Halloween and visit the ancient Celtic lands. In 2019, the Nightmare Realm (in Dublin), won Best Independent European Halloween Attraction and #1 in the world by Uniland Adventures (2018) and this terrifying activity is not for the faint of heart!

It takes around 45 minutes to prowl through the haunted realm, and they strongly advise people with heart issues not to participate. It’s a no-touch policy for both actors and participants, but you’re still sure to experience the fright of the night. They change themes and attractions every year to keep it fresh. They have experienced professionals for the costumes and make-up, decorations, special effects, sounds, lighting, and their actors all have to audition.

An hour drive away is the Púca Festival at Slane Castle. The Púca is a Celtic creature that can bring good or bad fortune and can shift forms, usually that of a dark horse and golden eyes. Walk the grounds of the castle, 1-km and wheelchair accessible, and visit Púca, Fear Dearg, Morrigan and Boann. The shows at the estate include a spectacle of lights about the woods, aerialist performances (from LUXE), poetry readings, the firefly display (kinetic light and sound sculpture), Oiche Shamhna Whispers (Matthew Nolan) soundscape whispers and so much more 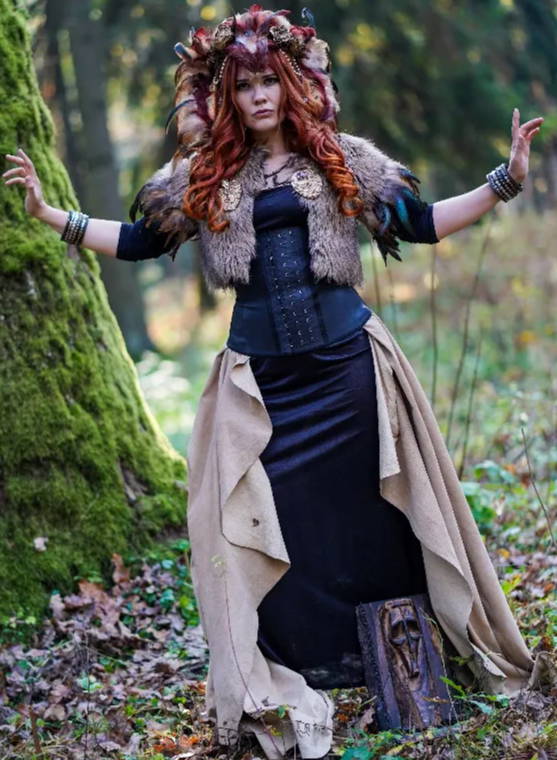 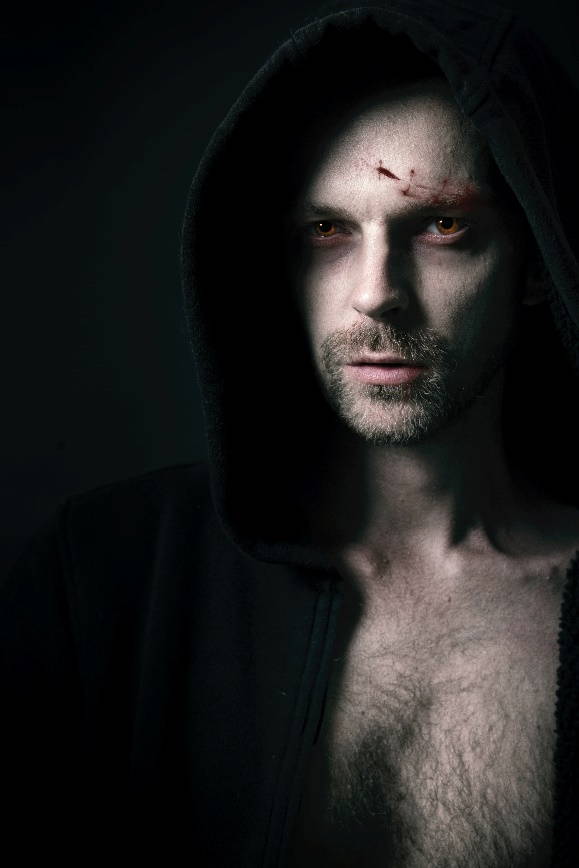 One of the most popular locations to visit is Bran Castle, whose construction was completed in 1388 and served several purposes at the time. In 1459, Vlad Dracul (Tepes), or Vlad the Impaler, is associated with the castle. While reports indicate he never lived there, rumour suggests he was imprisoned there for a couple months.

The legend of Vlad Dracul has sparked hundreds of stories around the world, beginning with Bram Stoker’s novel. Unlike Count Dracula, Vlad actually existed.

He was born a prince of Walachia and he became quite well-known for his cruel treatment of enemies (hence the nickname). It was during childhood that the Ottoman Empire was expanding, and resulted in Vlad and his younger brother being sent to their Sultan as assurance their father would support the empire (which was a reverse of his original decision to fight them). When Vlad’s father and older brothers were assassinated by the Walachian nobles, he and his brother were returned home.

It took him many years and opposition to gain the throne, which included the nobles and his own brother (who had the Ottoman Sultan’s support). Vlad took the throne twice although the first attempt only lasted a couple months. During the second rule he developed his own atrocious punishments: impalement. After retreating from one battle with the Ottoman, he left thousands of impaled people as a deterrent.

Bran Castle is ancient but is still maintained and open for tours. It sits atop a cliff and its towering peaks make it grandiose and fairy-tale like. Bran Castle offers numerous events including jazz performances, a restaurant, and A History of Dreads at Bran Castle where they provide a tour of mythological creatures in Romanian history!

Now that you know about a few special, and spookily fun, destinations that have some great history it’s time to go explore!

*The views and opinions contained within subjects, content, information, data and imagery does not necessarily reflect those of iinta, iinta’s staff, or iinta’s affiliates. This article serves as a general topic, as researched, and does not necessarily reflect the thoughts/feelings/beliefs of any culture or country. For full disclosure statement, please visit our Disclosure Page.