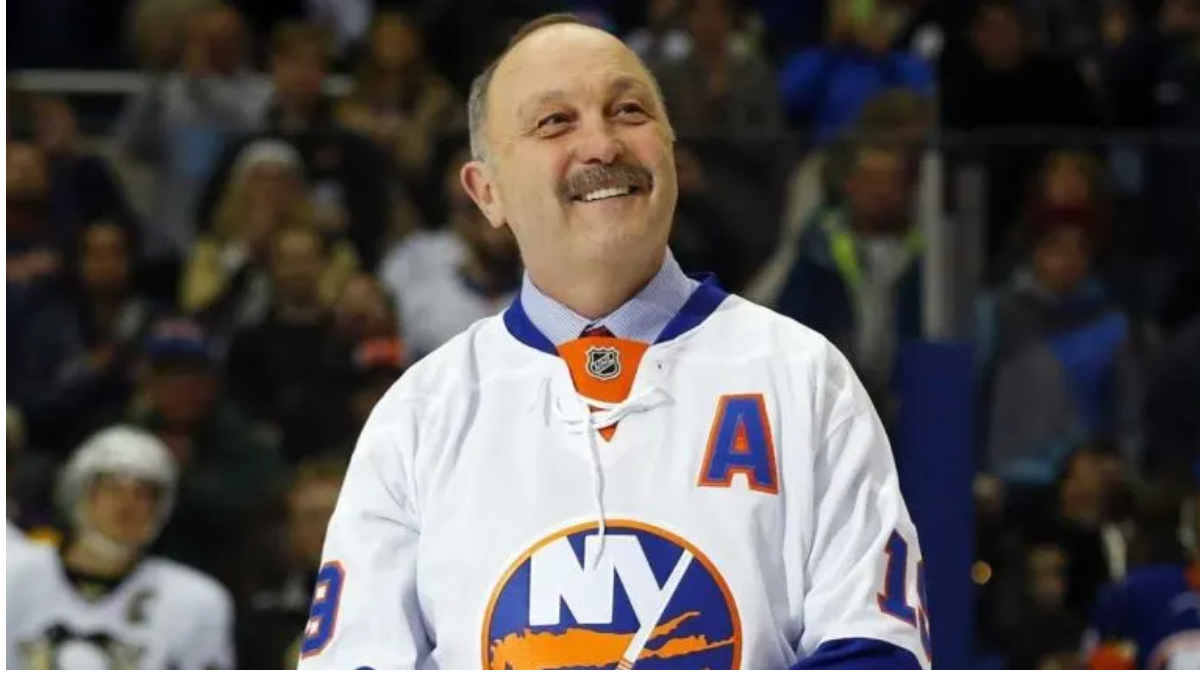 The small, quant town of Val Marie, Saskatchewan is the typical Canadian village with under 200 residents. Their primary economical resources are ranching, farming and tourism, but it’s famous for two primary reasons.

One: the nearby Grasslands Provincial Park, a place to see some of Canada’s rarest wildlife in it’s 700 square kilometers.

He was born in Val Marie on July 17, 1956 to Buzz and Mary. Trottier’s father is of Cree-Métis and Chippewa heritage, and his mother is Irish. The pair raised their five children on a small ranch a few miles outside of the township. While Trottier says they never had any specific Indigenous traditions, especially since they didn’t reside on a reservation or Métis settlement, he did have a beautiful connection to their families’ heritages.

He says the culture of natives, hunting and living off the land was “wonderful.” Being able to embrace one’s ethnic background, and the diverse cultures surrounding us, should be celebrated together because as different as we are, we’re also similar. It’s about acceptance for yourself and others.

“For us, we just had a wonderful sense that our family is very cool,” Trottier says. “We have all this wonderful stuff… we enjoyed this love of nature. We just had life.”

He describes his family as having a great deal of love, and furthermore states that the First Nations culture and how he was raised had commonalities, even without traditional rituals or ceremonies.

Both sides of the family were great, and they tended to have a very particular pride to their heritage, they also had a sense of wonder and appreciation for everything. Trottier also enjoyed being able to try all the different types of meals and wild meats.

“We had food, commonality, just a lot of love. I think those are the big things.”

Though, the family’s legacy out in Val Marie is their musical talents! Even today, people will recognize their name and associate it with their family band and musical skills, which Trottier jokingly calls very “Canadian.” 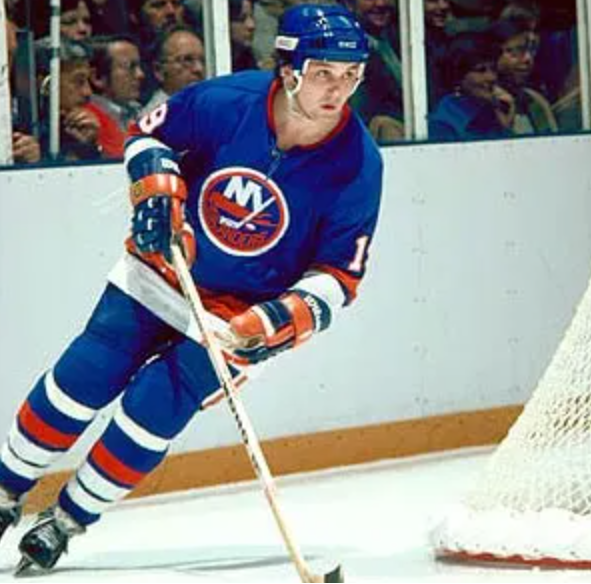 He was six years old when he began skating. Their ranch was next to a small creek, and he recalls his mother being worried they’d fall through to the chilly water below in certain areas, so they weren’t allowed near those spots.

He also remembers his dad joining them on the ice, and on occasion their mom.

Trottier started playing minor hockey at eight years old, 1964, because there was finally an “organized” league in place, though not quite an official system.

He chuckles, saying he’s not sure if there’s an official league today, noting there’s not many children so traveling to play is quite common.

Buzz and Mary were very supportive of all their kids’ interests, including sports and any school activity they wanted to try. Which was a good thing because, to Trottier, “everything was fun.”

Since hockey season was so short, a mere two and a half months, there was a great deal of practice, games or tournaments to attend in a short timeframe so the support from his parents made it easier to continue playing.

It wasn’t until he was a teenager that playing in the NHL really became a dream. He’d held off hoping because, “reality stops you from thinking you’re going to make it.”

Trottier reached the point where he was trying to decide what his next steps were: play Junior Hockey or attend college? Well, the opportunity to stay on the ice came along and he needed to know where it would lead.

Most professional athletes only play for a decade (on average). NHL players reportedly last 3-5 years, and generally retire in their early 30s. So, over the last century, what has been helping hockey players stay in their careers longer?

Improvements to equipment over the last century has changed the hockey game by miles. A few prime examples of this are face guards to protect goalies (began appearing in the 1960s), consistent improvement to helmets to protect players against concussions (became regulation to wear in 1979), styles and sizes of hockey sticks, and padding. The equipment players now wear is designed to be lighter and easier to move in while offering more protection than the eras before them.

Rules and regulations, as well as medical breakthroughs, influence sports. In example, the 1976-77 season saw a regulation put into place that states a game misconduct penalty could be given to a player who clearly instigates a fight; or the 2011-12 season had further penalties and rules established that address head contact. Both of these rules protect players from potential bodily trauma, which could prolong their careers by years. Though, it’s impossible to avoid injuries altogether.

Trottier was drafted to the NHL in 1975 and played with the New York Islanders until 1990 before going on to play with the Pittsburgh Penguins from 1990-94. His 19-year career as a professional player is quite the accomplishment to add to his long list of outstanding records.

Being drafted was exciting for Trottier, albeit a touch intimidating, but it was new and fresh for the 19-year-old. He says everyone burns as fast as they can to take advantage of the chances they’re given, and he was no exception.

Trottier says playing and practicing would constantly test skills, limits, durability and grit, while developing precision, speed and strength. Though, he notes, learning these things is simply part of playing sports, which can make it that much more exciting.

What else is exhilarating?

All the firsts after being drafted to the NHL: first time you wear the jersey, step on the ice, score a goal, and winning the Stanley Cup.

“I can’t say what one is greater than the next,” Trottier says. “They’re all highlight moments.

Alhough, winning the SC is “the ultimate dream.”

He compares the Cup to the holy grail of sports and many children, including Trottier, have dreamed of holding the trophy over their heads like the famous players before them.

But more than a dream, it’s a goal, and one you want to repeat. Earning the SC is not only an accomplishment but it builds confidence and teamwork. 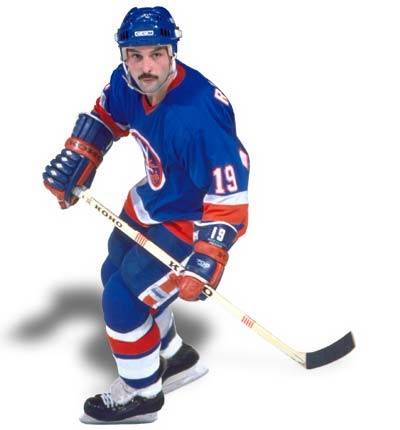 Trottier competed in the Playoffs 17 times and his team won the Stanley Cup four times in a row when he played with the Islanders (1979-83), twice with the Penguins (1991-92), and once when he was an assistant coach for the Colorado Avalanche (2001). 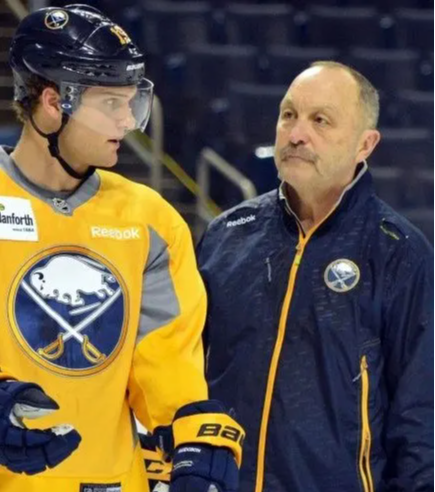 After retiring from the NHL as a player, Trottier remained part of the organization as a coach from 1993 through 2003, and again from 2014-15.

Being a coach is very different from playing, and you never shut it off inside your head, according to Trottier.

“You’re home having supper and thinking about power plays.”

Preparation, encouragement, and motivating your team while creating a sense of unity and confidence is essential.

In this role, there’s a different appreciation for the hard work everyone puts in. Trottier says that as a coach there are very long days, especially on game days, but the satisfaction level is “tremendous.”

To have such a remarkable imprint in the hockey world, with an overall 30-year career, would be an understatement, though he says, “I’m just a fellow who was fortunate to play in the NHL and had a little success.”