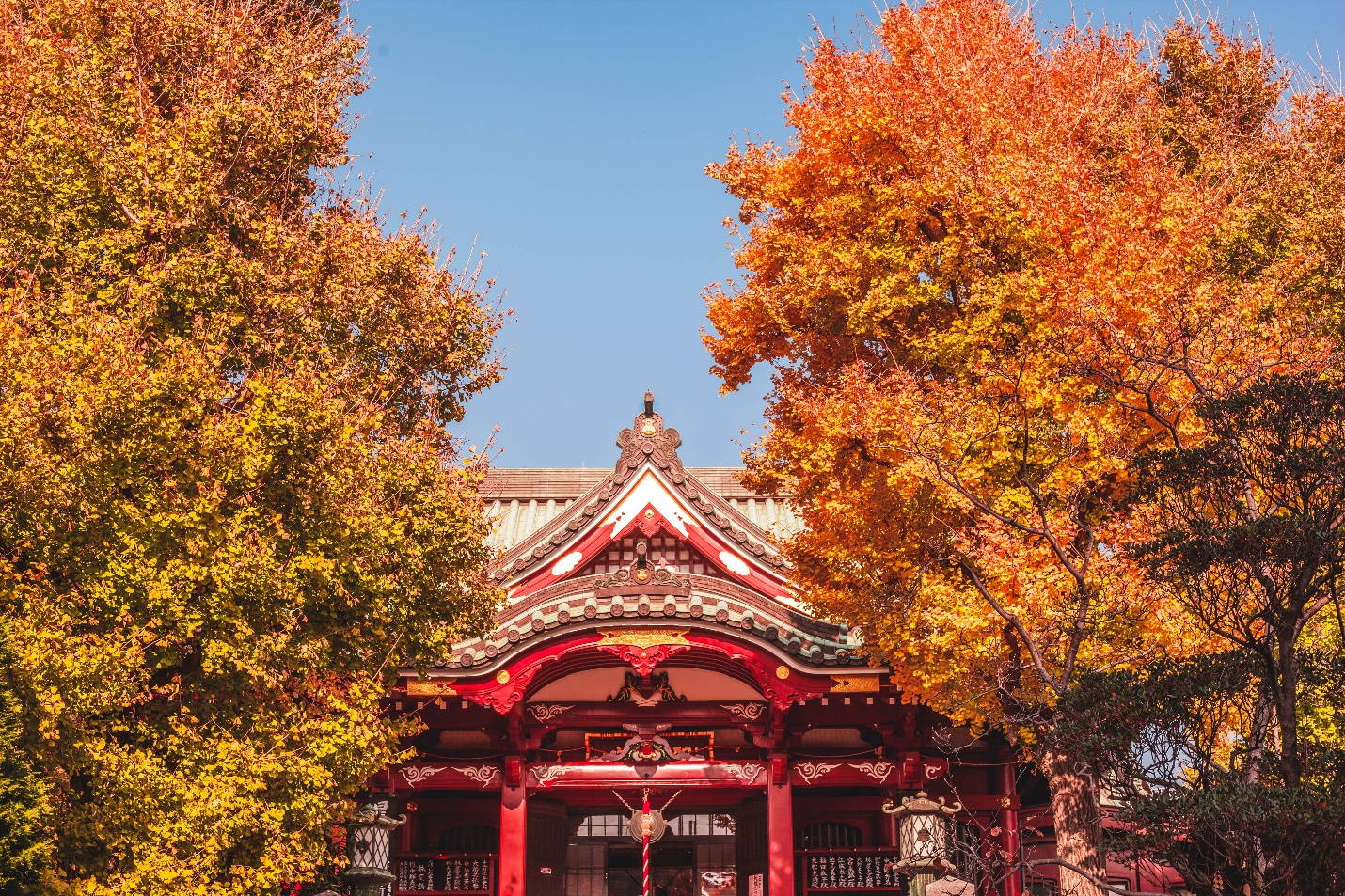 Autumn Around the World

The autumn leaves have begun to shine! Vibrant hues of yellow, orange and fiery red are filling the forests along road and pathways, creating a stunning array of magical sights. The sweet scent of renewal is beginning to shimmer as the cold and warm air shifts here and there as the sun peeks out from blankets of clouds.

If you’re looking to finally get away on that vacation, there are some stunning spots around the world where you’ll find festivals, history and the beauty of nature! 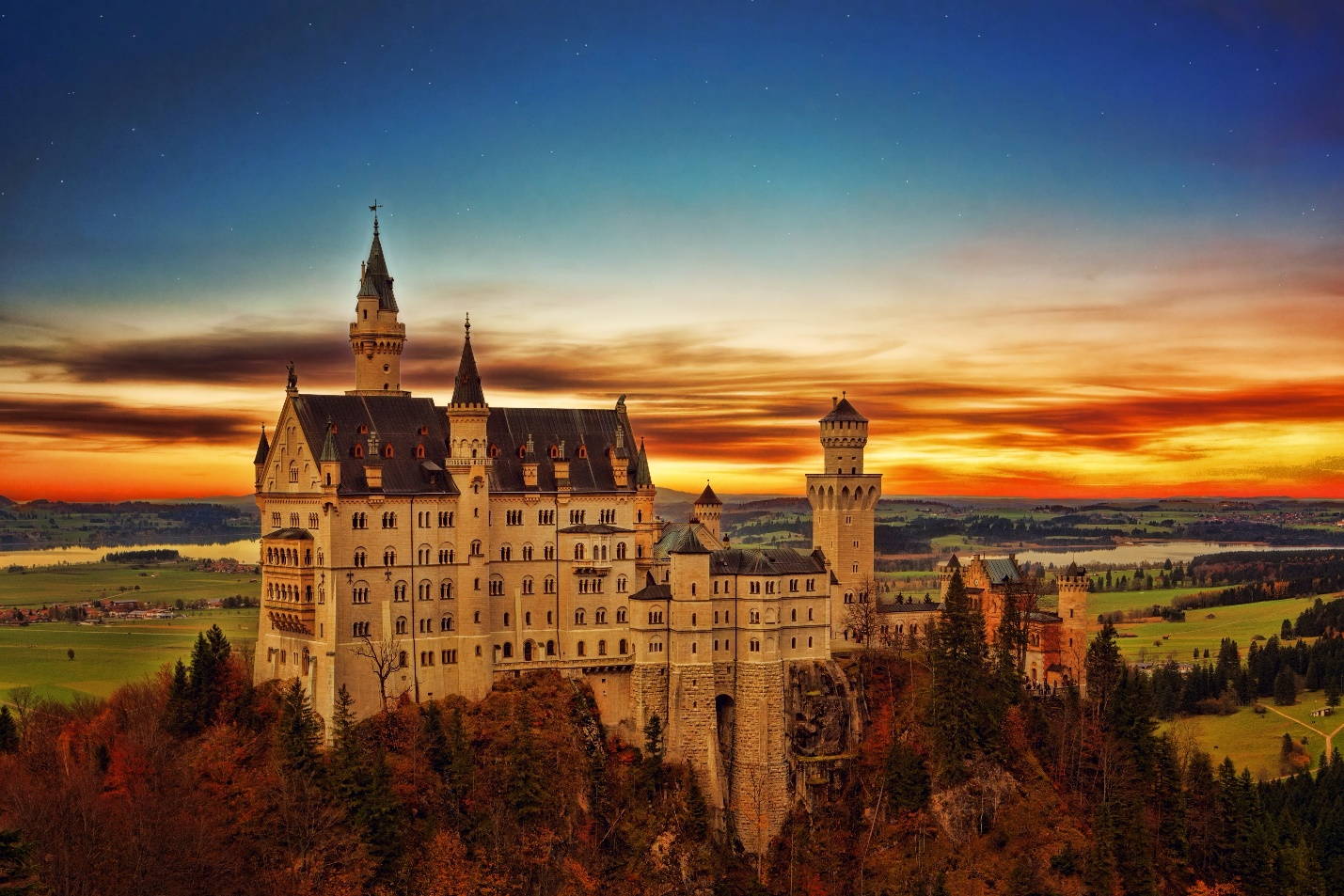 The largest land state of Germany is one of their top travel destinations for so many reasons! Apart from a diverse range of vegetation that springs to life in the fall, there are castles to explore. Munich is the largest city in the state and third largest in the country of Germany.

Oktoberfest is an annual, two-week celebration in Munich. It began in 1810 when King Louis I, then the crown prince (of Bavaria), married princess Therese von Sachsen-Hildburghausen. It began as a small, five-day affair with a horse race at the end. Eventually, it became a huge festival with food and beer vendors and now, over 200-years later, it’s known throughout the world and celebrated by millions! It now goes from the end of September to the beginning of October.

While you’re in Bavaria, catch the beauty and wonder of their architecture and nature by visiting the Neuschwanstein Castle (well regarded as the inspiration for Disney’s parks and attractions). It was built and designed by King Ludwig II, who is known for being rather shy and perhaps even avoiding reality altogether. He ascended the throne at 18 years old, though it’s noted he had no life experience, let alone political. He also didn’t have any true power as a King, and it’s stated he surrounded himself in a fantasy world so he could feel as if he had power.

The castle was built as a means of escape and he never permitted visitors inside his castles. Neuschwanstein itself sits high in the mountains, surrounded by teeming forest, with further mountains to play the picturesque backdrop. Since his death in 1886, over 130 million people have visited his castles. 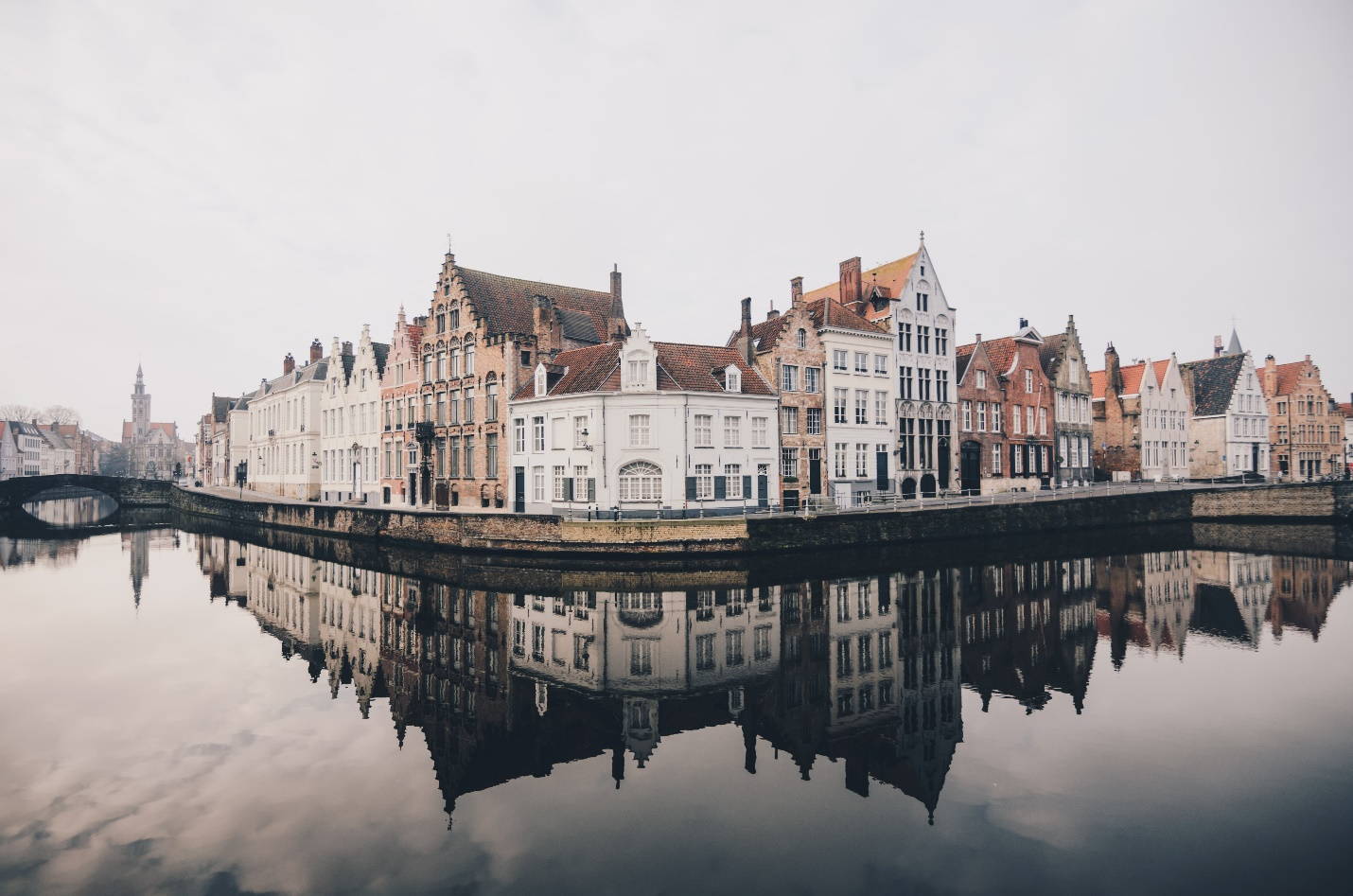 There are deep pinks and reds in the leaves of this pretty little place that’s known for its creation of lace. The area is filled with waterways that happen to reflect the trees, which surrounds you in colour. If you’re in Belgium, be sure to take the super highway — which can be seen from the moon — which reaches to Bruges.

Apart from the natural beauty of the plant life, this country has more castles than any other in the world (based on square inches), and 50 of the 470 are based in the Flanders area.

Bruges was named a UNESCO Heritage Site and is constantly filled with tourists. The medieval architecture is worth the visit. However, the best time of day to visit the city is during the evening when the crowds have diminished and the lit canals pave the way like walking into a medieval fairy-tale.

One of your first stops should be the Belfry of Bruges. It’s 366 stair climb will lead you to a fascinating site of the city where you’ll get to see all of the ancient architecture come to life. The Belfry is a staple of the community, originally built in 1240 and burnt down (partially) in 1280. A new tower was built in 1483-87 and in 1493 lightning stuck and destroyed the bells and top of the spire. Once more, it had to be rebuilt in 1741 due to a fire. You can see the Belfry from almost anywhere in the city. 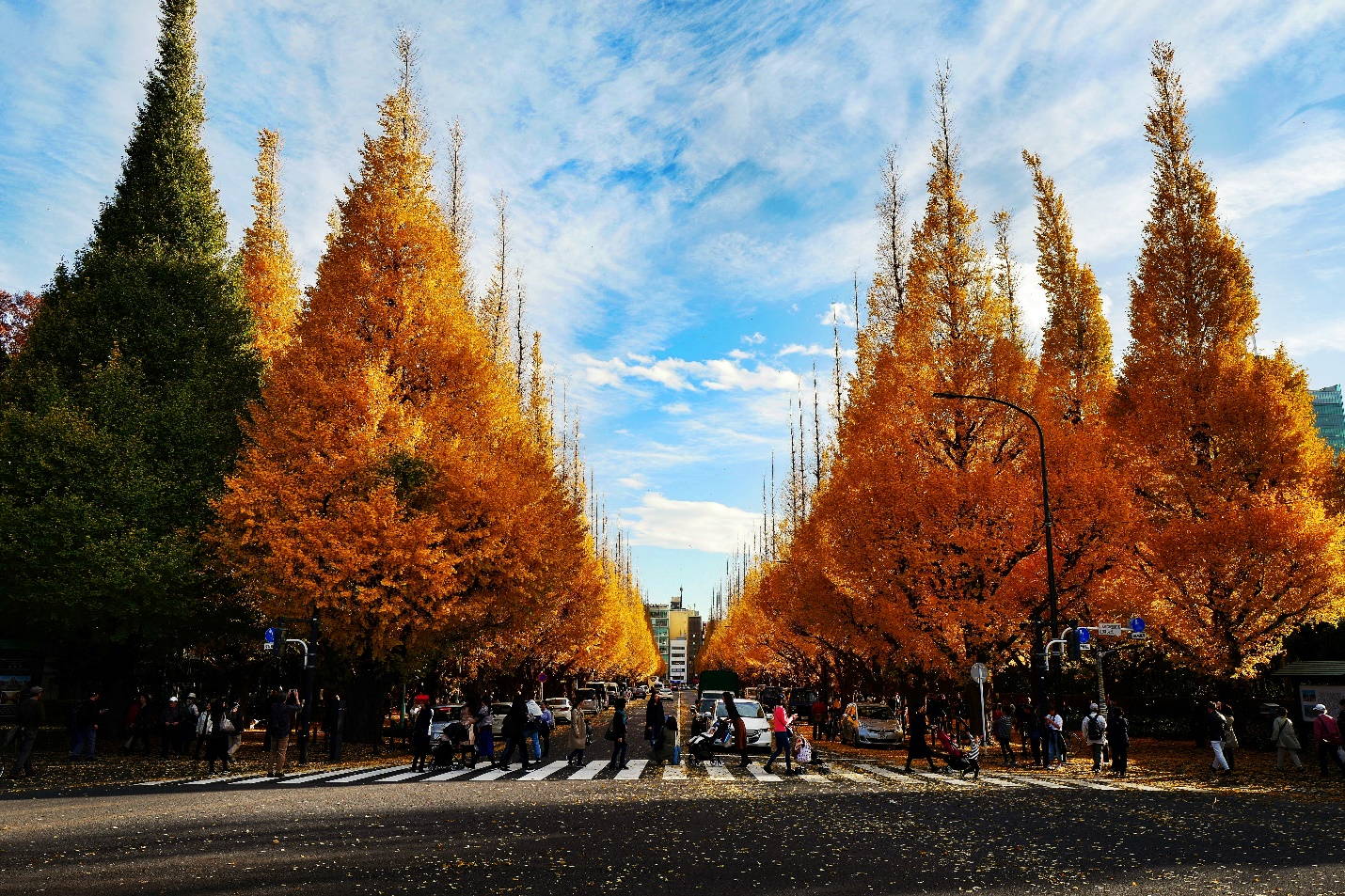 November is the peak time to visit Tokyo… it’s when all the autumn colours come to life with evening walks among the trees. They also have festivals of the fall here, and one of their most famous terms for fall is Momijigari — which means red leaf hunting. The tradition is age old, descending from the Heian Period (794-1195).

The best places in Tokyo to see the leaves are Meiji Jingu Gaien, Koishikawa Korakuen, Ueno Park and Rikugien Garden.

Meiji Jingu Gaien runs over 300 meters and has 146 gingko trees lining the pathway, making it one of the leading landscapes for drama television filming. The leaves turn a vibrant gold, which shimmer when the sun hits them. Here is where they host a yearly festival called Jingu Gaien Gingko Festival — Icho Matsuri — (from mid-November to early December). You’ll find dozens of food vendors ready to serve up traditional meals from various regions of Japan. The Mori no Yakimono Fai is nearby and here people will find antiquities, hand-crafted items and pottery.

Rikugien Garden was inspired by poetry and an absolute must-see if you’re near Tokyo. Its name actually refers to the six elements of traditional Japanese poetry. Created upon request by their fifth shogun, Tsunayoshi Tokugawa, in 1702. This garden features 88 different scenes from poetry. With three tea houses available in the garden, you can stop and sit in bliss forgetting the modern world. If you visit in the evening, you’ll find the garden lit up in pleasant arrays of light, offering a romantic reprieve. 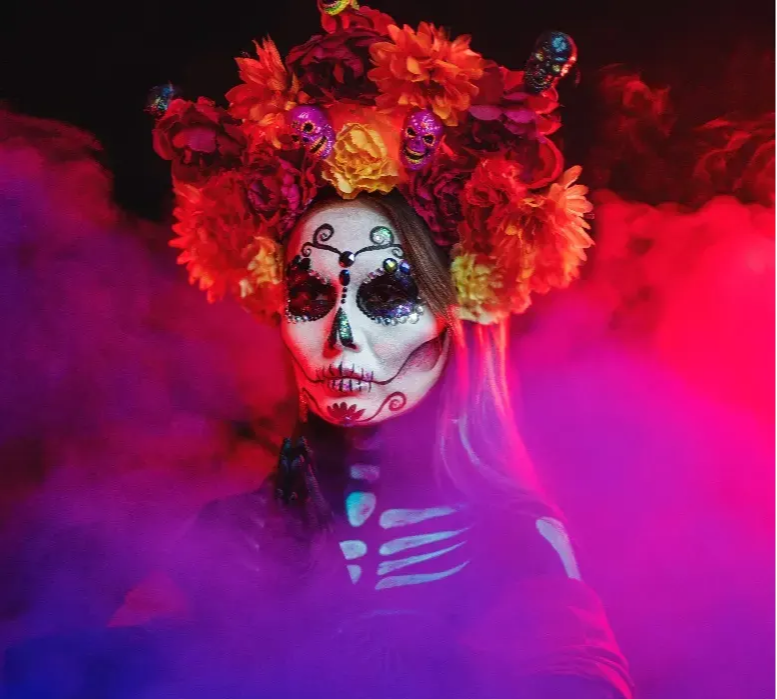 Here you’ll find the hero, José María Morelos, of Mexico’s Independence campaign, or at least, you’ll find the 40-meter statue of him. It’s located at the very highest peak of the island after a spiraling staircase leading to it.

But, this island is the number one location in Mexico to visit for Dia de los Muertos (Day of the Dead). Of course, the lineups will be longer than usual but definitely worth it. It’s believed this is the origin of the belief that the spirits of the deceased return to earth.

What precisely is the Day of the Dead though? When someone passes on, they travel to Chicunamictlán (Land of the Dead) but it takes several years to pass nine challenges before their soul reaches the resting place, Mictlán. The tradition of Nahua, a ritual of leaving food and water to ease the spiritual journey, inspired the Day of the Dead. Approximately 7.5 million people travel and celebrate the age-old tradition.

*The views and opinions contained within subjects, content, information, data and imagery does not necessarily reflect those of iinta, iinta’s staff, or iinta’s affiliates. This article serves as a general topic, as researched, and does not necessarily reflect the thoughts/feelings/beliefs of any culture or country. For full disclosure statement, please visit our Disclosure Page.