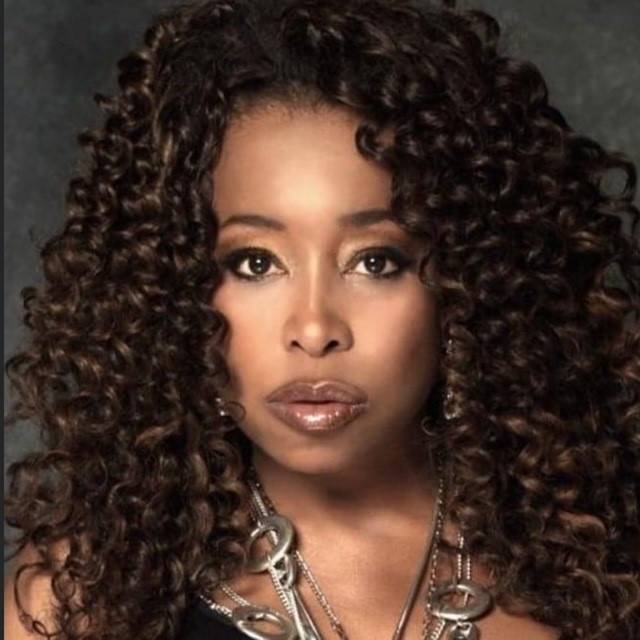 Have You Got the Power?

For many people, thoughts of being a performer usually go one of two ways. Either people absolutely have a passion for it, or they positively dread the idea of standing before a crowd. When it came to Penny Ford, she knew at a very young age that she was destined to be a singer.

The urge, passion and desire to be a singer was so intense that she remembers thinking, “if I don’t do this, I’m going to die.”

Anyone with a burning desire, a need that fills their body, mind and soul, can relate to the sentiment. It’s human nature to bring forth dreams and passions, manifesting them into reality. The trick has always been to overcome the obstacles, intrinsic and external, in order to become what one is meant to be.

Music was simply in Ford’s blood.

Her mother, Carolyn Ford-Griffith, was an artist with King Records while her father, Gene Redd, Sr., an executive producer. Neither wanted to marry, and they never did, but what Ford-Griffith wanted was a record deal, and Redd had the ability to provide it. Ford notes that her father was considerably older than her mother and says, “somewhere out of that whole thing was me.”

Ford was raised by her grandparents in Cincinnati, Ohio, which also happened to be near a gospel church. She had been taking piano lessons for a little while and vaguely recalls being interested in music. But it was the sound emanating from the church that called to her.

“They would open the doors in the summer and the most beautiful music would be coming out,” Ford says, her face and eyes lighting up with the memory. She smiles, hands in the air as she harkens her mind back to the sound that drew her in as a youngster. 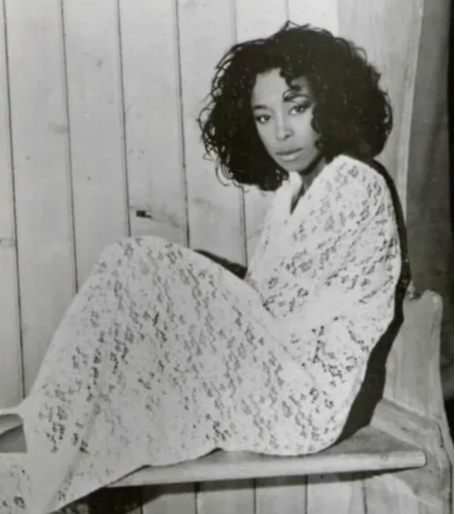 “I got closer and closer until I joined.”

The choir gave Ford what she had been seeking in her life: acceptance and validation. She recalls needing people to like her, and feeling hurt from their rejection to the point of becoming physically ill.

She now laughs about it, noting how conceited it is to expect everybody to like you. There were two things she learned, as a child, from a therapist that she still uses in her everyday life.

One: not everyone is going to like you. That’s just the way the world is. There are so many different kinds of people in the world that it’s impossible to be liked by everyone.

Two: why should everyone like you? It isn’t an inherit right to be liked by everyone you meet.

However, the thrill of performing provided her both of those outlets. When she sang, people applauded. So, by 10 years old she realized she had the gift of singing, and Ford began to desire a musical career path by 14.

She would stay in her room singing into a hairbrush in front of the mirror. While most people can probably relate to that — who hasn’t used a hairbrush for a microphone, be honest — Ford says she had a general disinterest in common teenage activities.

“My friends were Chaka Khan records, my other records — vinyl records — 8-tracks and cassette tapes. Those were my friends. I was in my room, by myself, I didn’t want anybody to see me, I was just into that. That’s when I knew I had to do this or I will die.”

Though, her grandmother had enough of the musical craze after raising Ford-Griffith, so she was always encouraging Ford to be a scholastic child. She says in those days, the Civil Rights era, parents were pushing and pressing for their children to receive top-notch education, and not be into dancing or singing. While she was outstanding in her classes, the music industry was the only place Ford could imagine herself.

“My grandmother, she just went…” Ford throws her hands up as if in surrender, laughing. “She knew there was nothing to stop me.” 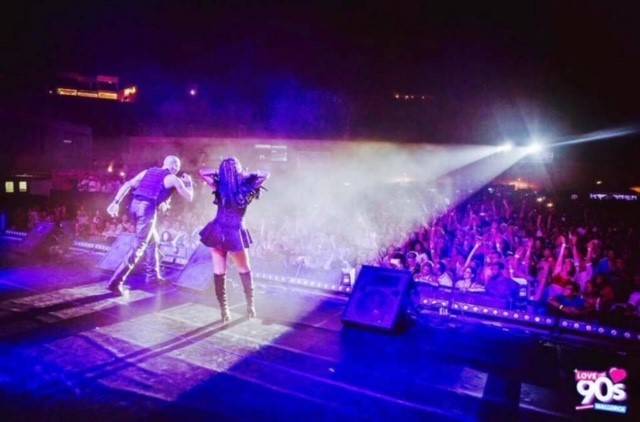 The push to become a musician was entirely intrinsic, no family encouraged her to take the spotlight. In fact, Ford says, despite coming from a family of musicians — her father actually produced most of James Brown’s music — she says, “none of them were around when I was growing up.”

The mirror wasn’t her only stage at 14 years old. She was also sitting in nightclubs, drinking a double Cognac, cigarette in hand, and singing her heart out to Billie Holiday songs. In those days, bars and clubs weren’t strict about checking identification. As such, she had some older friends get her a few fake cards in case there was trouble.

Ford would also compete for money at these establishments, noting the idea was based on a 1970s television program, The Gong Show. It is comparable to the ever-popular American Idol that sprung up in 2002. The biggest difference is that the older show would bang a massive gong if a contestant was disqualified. Every club had their own version, but the winning singer would walk away with a good $50 US.

Fast forward to 16 years old, Ford has consented to a three-month long gig in Japan at one of the most prestigious clubs in Tokyo, the Mugen. When they were headed back to Ohio there was a layover in Los Angeles, so she decided to stay.

“I told them [the band] I’m going to visit a cousin,” Ford chuckles, there was no cousin. She shrugs as she says, “the next time I went home I had a record deal.”

Hollywood was where Ford grew into an adult. At that time, she didn’t know she needed to have a resume, demo and headshot when approaching record companies. Instead, Ford would walk in the doors, tell them she could sing and ask who she needed to speak with.

Spending time on the mean streets of Hollywood certainly opened her eyes to the big, wide world. Being a kid from Cincinnati, Ford was somewhat sheltered from the big pool of sharks in Hollywood, and she recalls thinking, “whoa!”

She wasn’t accustomed to seeing people passed out, half-naked, on the street from drugs or alcohol. Ford often found herself stepping over these people just to get on stages and sing. Ford also says she saw a great number of childhood trauma manifesting in the people around her.

“I saw a lot of things that drive people to become great artists,” says Ford. “What drives them is pain and trauma and things they’re trying to escape and overcome.”

Despite the initial shock, Ford was sure to keep her face neutral. This was especially impactful when she realized her idolized artists really were just people like everyone else. In short, artists have a unique ability to evoke a sense a strength other people don’t always possess, but artists can also be just as vulnerable.

“People go ‘You’re such a super star,’ but then you see them in the corner [alone],” Ford says. “I learned a lot. I grew up, essentially, in Hollywood.”

Eventually, she found her way to Motown Records. There happened to be a small bar and café on the downstairs floor, and that’s where she met two nephews of Barry Gordy, the founder of Motown Records. The young men brought her to their aunt, Anna “Gordy” Gaye, wife of musical legend Marvin Gaye, who decided to hire Ford as a demo singer and writer.

Her voice was comparable to Gladys Knight or Aretha Franklin, and Ford says, “it helped sell the song.”

After some time, however, she realized Motown Records wouldn’t sign her as an artist — which meant trying other avenues. 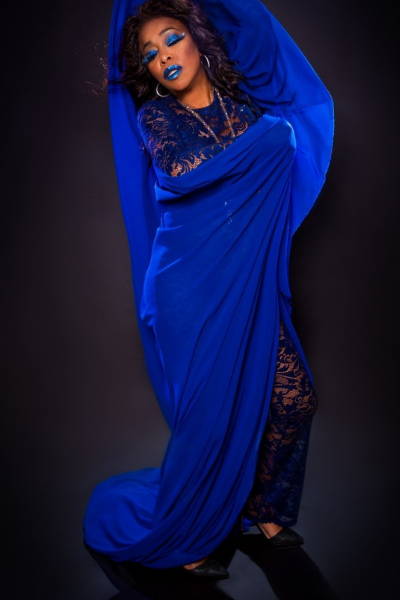 One day, walking up the street, she saw a group of men in front of a studio and began talking to them before realizing they were The Gap Band. The trio of brothers had risen to fame in the 1970s and 80s.

Ford went to them everyday and chatted them up until finally someone allowed her to sing! She was brought to the president of Total Experience Records, but he didn’t believe she could really play seven instruments.

Despite his disbelief, Ford was invited to play and perform. Naturally, she agreed, but when the time came only she and the engineer showed up to the recording session. The engineer, as it turns out, could play bass so the two jammed out and completed four songs.

A Solo Artist at Last

Total Experience Records decided to hire Ford as a writer, but it wouldn’t be until later on that she was sitting in the studio, writing a song and singing the demo track that the company realized her potential. Finally!

It took her a year and half to complete her first album, partly because Ford was still a minor. The contract wasn’t valid because she hadn’t yet turned 18, which the company discovered after the fact. So, they had her spend a little longer working on the material. She signed a new contract when she came of age. The album was released in 1984.

Ford didn’t know her father very well, but she had mailed him letters and pictures of herself in studio. Knowing she would be in New York for a week, as part of the release promotion, she wanted to call him and tell him she had finally made it! However, when she called she was told he had been murdered. There wasn’t much time to grieve though.

“The release of the record was something that helped me get through, and the fact that I didn’t know him very well helped.”

Ford hadn’t realized that releasing an album included a heavy business and marketing aspect. She had been focusing on the music and having fun with it, but when it came to promoting the album, they were in radio stations selling the actual products, and she wasn’t expecting that.

“I didn’t realize the business part, which was my detriment at the end of the day.”

Total Experience Records kept her busy on the promotional tour to the point that she wasn’t sure she felt anything, saying it was all a “blur because it was happening so fast.”

To top it off, the company wouldn’t pay their employees and artists regularly. She says that struggling people do some of their best work, and that was the reason for withholding funds.

Despite all of this, she never lost her passion to sing and perform.

If there was a major highlight during this promotional tour it was being able to meet the family she had never known. Family that she now spends regular time with. With COVID impacting the world, we still need to find things to smile about and have fun.

So, the darling, musical legend is prepping to run a TikTok challenge with iinta magazine and boutique. 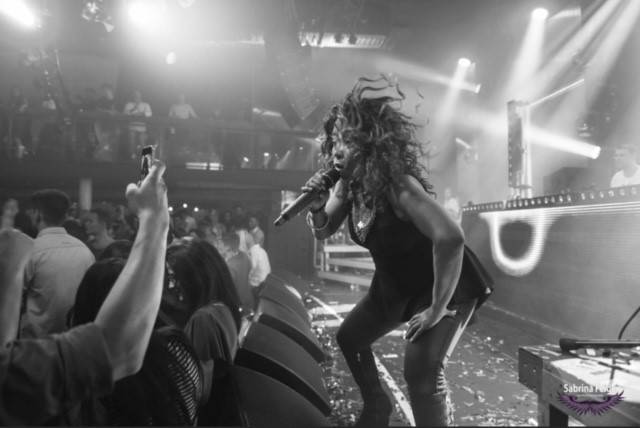