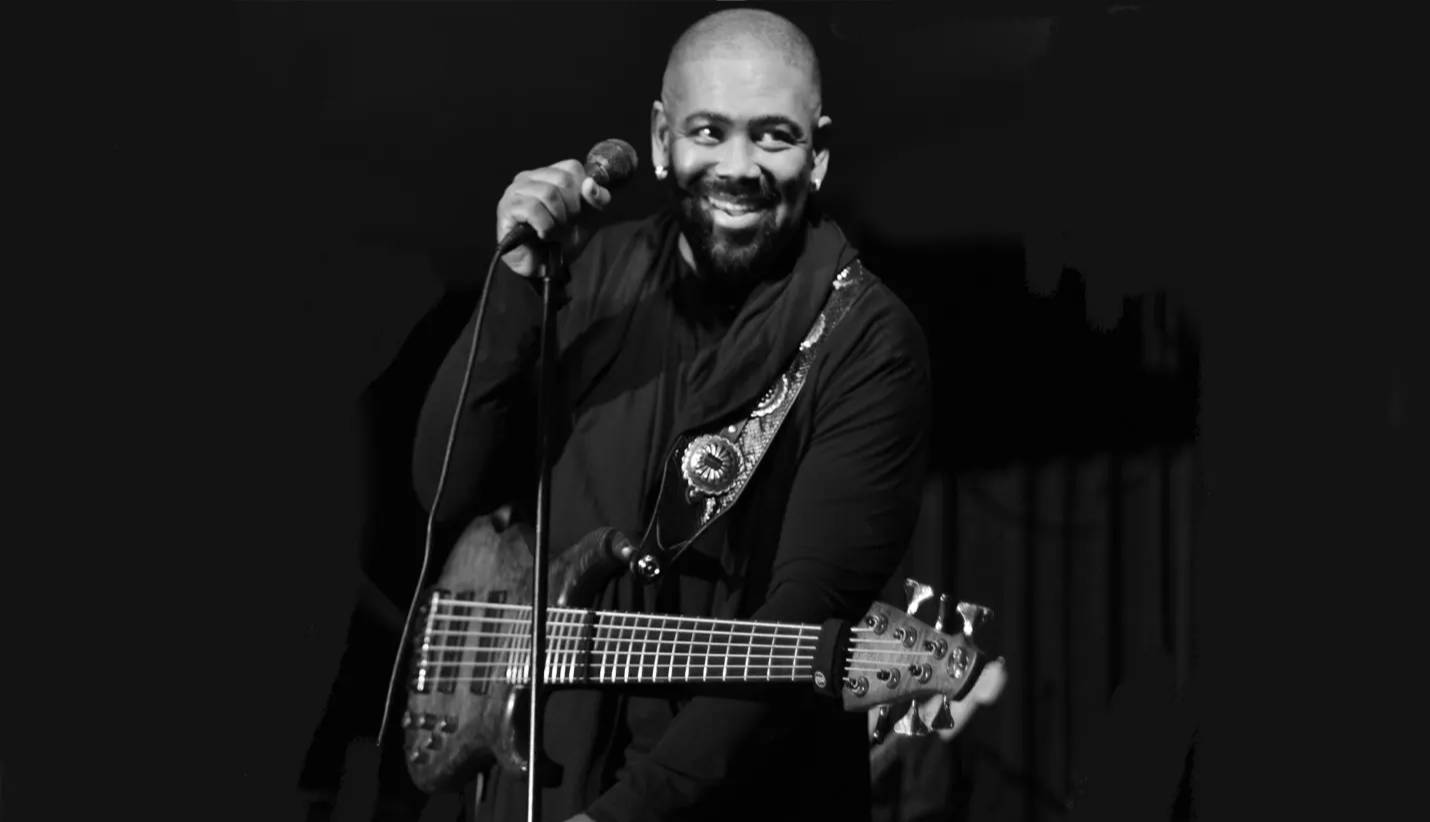 A Rose for a Song

Deep inside the Iron Curtain was a world onto itself, separate from the influences of the West. Russia was a bleak grey as if the country had no coloured paint. The housing district could only be described as slums; deprived of the vast array of colours the world has to offer. Rows upon rows of grey, musky, lifeless buildings stood like corpses, and homes within the Iron Curtain exuded a “dystopian” world.

It was just one of the places Andrew Gouché, world renowned bassist, remembers in his travels. He has played all over the world and jokes Antarctica is likely the only continent he hasn’t visited.

The Los Angeles native began his musical path as a child when he sang in a church choir. At 15 years old, he received a bass guitar and began learning to play by practicing offstage during services. Until Gouché, bass guitar was unheard of in churches and his influence was the key to making it a staple across America.

He played with Reverend James Cleveland, honing his skills, in the 1970s for both live and studio performances. This opportunity was the doorway to his further success where he toured with a number of outstanding performers like Andraé Crouch, The Winans and The Hawkins Family.

Gouché is a Grammy award winning producer and his exceptional talent and ear for sound has further led him to perform with incredible artists such as Prince, Michael Jackson, Chaka Khan, Madonna, Aretha Franklin, Donna Summer and Snoop Dogg. Over his 48 years of playing, Gouché has garnered over 300 record credits by working with various artists.

He now has his own signature brand guitars, which are hand crafted by Michael Tobias, guitar cords from Cordial and amps from Italian company, Markbass. Bassplayer Magazine named him in their 100 Greatest Bass Players, which totally blew his mind. 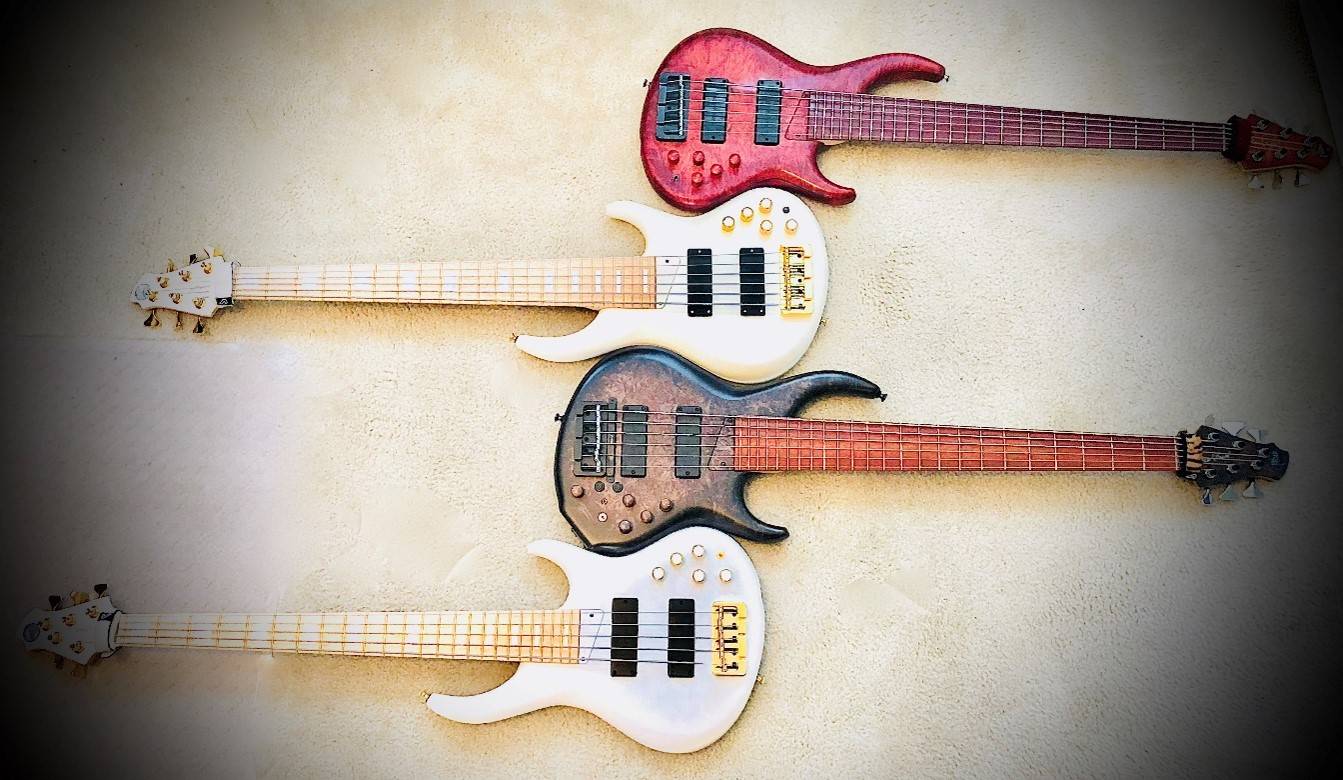 “I want to be remembered as somebody who brought joy to people,” Gouché says.

There are a few moments in his profession that stand out in Gouché’s memory. He says there’s a stage in every musician’s career where they attempt to figure out where they stand amidst their peers, even if they won’t admit it.

For him, working with Prince was a chance of a lifetime. Prince watched Gouché perform with Chaka Khan, who was his opening act. After the show, the man himself ran to find Gouché after the show.

“It blew my mind,” Gouché says. “Every show we did with him after that, he would be standing over at the side of the stage with his dark shades on, watching me play.”

About a week after Gouché stopped working with Khan, in late 2011, he received a call from Prince’s keyboard player who informed him that Prince would like his number. When he did call, Prince’s first words were, “Mr. Gouché.”

“The first thing I thought was, Prince knows my name!”

Within minutes, Gouché had a first-class ticket to Minnesota, leaving the next day, and a car to bring him to the airport. He says every time he worked with Prince it was “one of those gigs you hear about” with a private car to the airport, flying first-class and having a chauffeur on the other side.

Furthermore, he assisted with assembling the legendary man’s next band, which was incredible. Gouché is honoured that his opinion was so highly valued and respected by Prince. 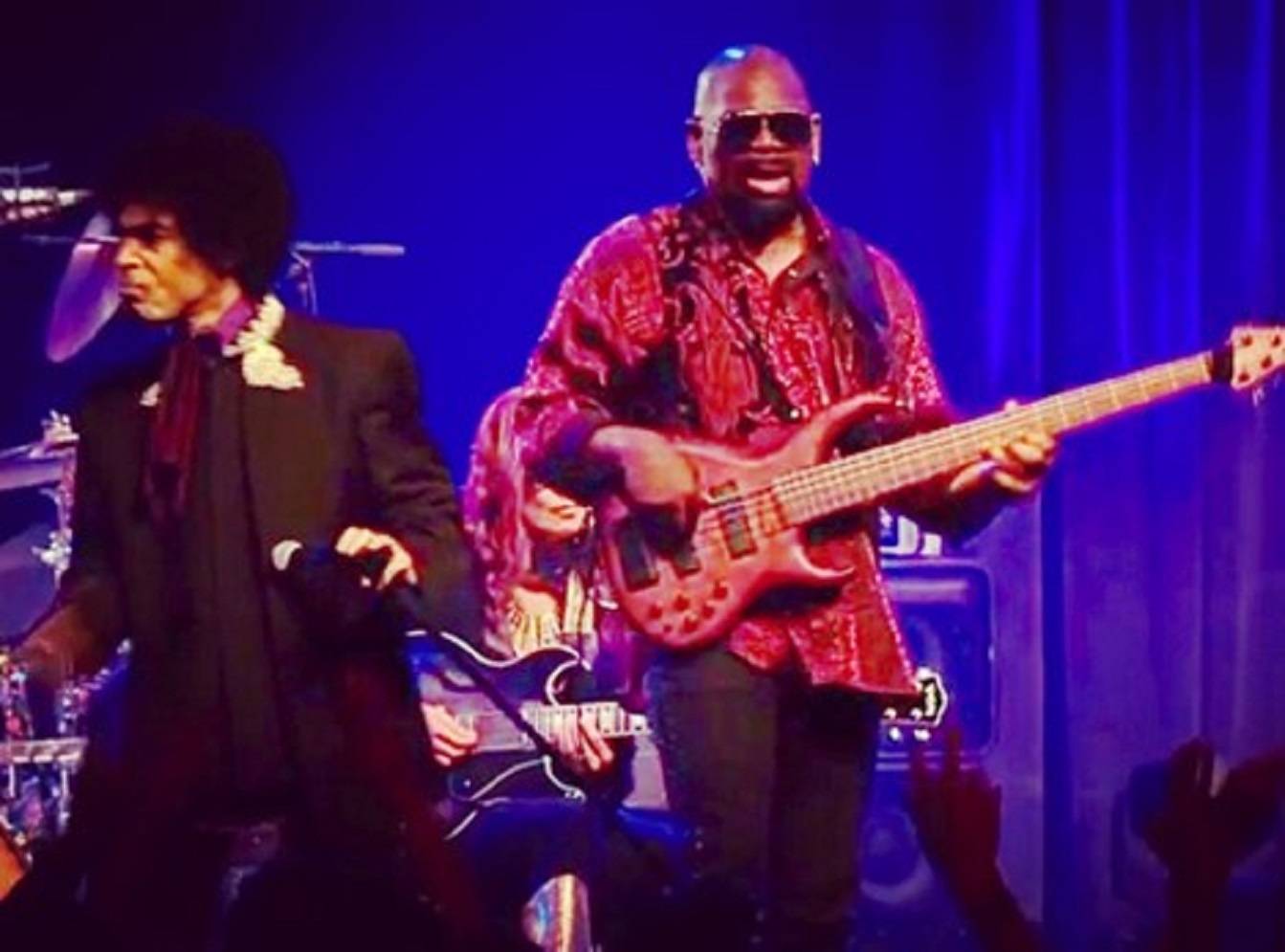 When Gouché says he’s been everywhere barring Antarctica: believe him.

From China to Japan, New Zealand to South Africa, where the band was required to fill out a form stating that they were honorary whites because black people still didn’t have equal rights. Gouché was mad about this and the frustration escalated at a Kentucky Fried Chicken restaurant when he was approached by a man who commented, “you’re not from here.”

Lowering his head and eyes, Gouché’s shoulders hunched, explaining that was how black people walked in South Africa. He stood out because he never needed to hide himself, and always had the confidence to walk tall and not step out of the way for whites passing by in the street. He says California has always been “kind of isolated” from that temperament so that was his first experience with such attitudes.

Then there was Russia. Former British Prime Minister, Winston Churchill, used the term ‘Iron Curtain’ in his March 5, 1946 speech, just before the Cold War (1947-1991) to explain the invisible barrier the Soviet Union was creating as a means to close off contact with the West. It later became a physical entity as border defenses arose and different types of barriers were erected.

The Iron Curtain was essentially designed to prevent citizens from leaving and stop information from entering. Military personnel were assigned to outposts along the borders to watch for signs of escapees.

Before the Iron Curtain was removed, Gouché was playing with Bebe and Cece Winans in Europe, England and Poland before being told they were going to Russia. Gouché recalls being hesitant for two reasons: the Iron Curtain and the little knowledge he had of the country.

“We hear our own version of the news,” Gouché says. “But you can go somewhere and it’s a whole other thing.”

They ended up taking the train from Poland to Russia, which he says was incredible. Gouché remarks that because Russia was so hypervigilant of being invaded, they made their train tracks larger than the standard used in Europe. This led to the group waiting two hours for a machine to literally pick up the train and place it on the specific tracks into Russia!

“Which was absolutely amazing to me,” Gouché says of the process.

Once in Moscow, they boarded a plane to their next destination. Gouché laughs as he explains the airline has the worst track record for flight crashes in the world. He learned it was common knowledge, but the crashes were never actually reported publicly.

The group landed in Novosibirsk, a city where the artistic community was banished from the mainstream. Gouché explains that Russia was “anti-everything during the years of communism” to a point that even music required approval and had to be state sponsored.

Jazz music, and similar styles, were not approved at that time. However, he remembers going to a jazz bar where he heard absolutely incredible performances. He even remembers wishing he could bring them back home so they could freely do what they love.

The group themselves performed in Novosibirsk and it was astounding for Gouché. He still remembers as if it were yesterday.

They played in a one ring circus, directly in the centre, for five nights straight. This is when he realized music transcends language barriers. The crowd didn’t know the words to their lyrics but would still come forward, every single night, and place roses along the front of the stage.

“It was really, really beautiful.” Gouché smiles, his memories taking him back to that moment. “It was one of the best experiences I ever had.” 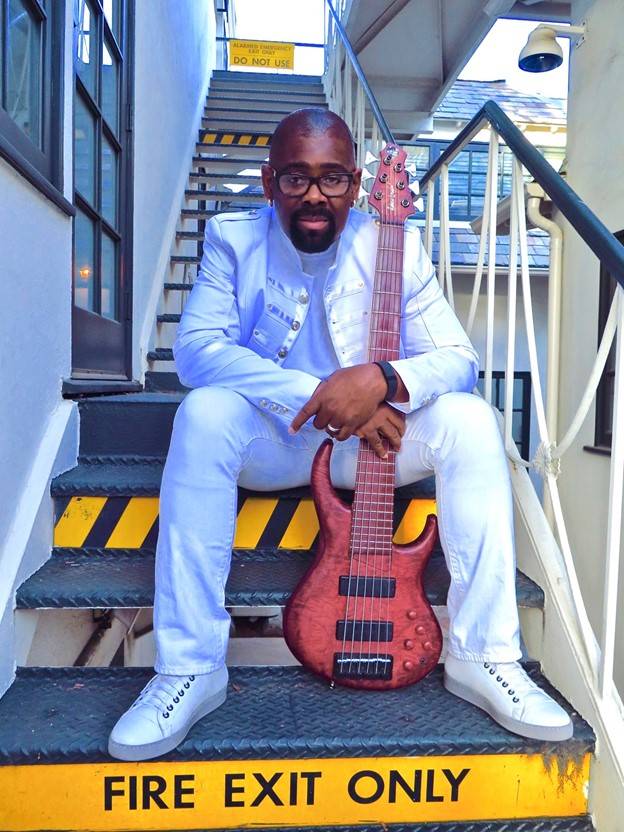